Welcome to the ABN Blog

Australian Bookkeepers Network (ABN) was both honoured and humbled to win the Global Connections Award at the recent Buy1Give1 conference on the Gold Coast.

The accolade was one of four awarded by Buy1Give1 for contributions made across their global network. ABN won the Global Connections category because our bookkeepers have embraced the Buy1Give1 movement in such strong numbers, which has resulted in more connections for Buy1Give1 and more ‘giving impacts’ on the global community.

ABN Director Peter Thorp was thrilled to attend the conference and accept the award on ABN’s behalf.

‘I’m so proud that ABN has been able to foster so many connections for Buy1Give1. It may be our name on the award but in reality it belongs to our members. Well done, ABN members!’, said Peter.

Australian Bookkeepers Association’s Director Wayne Schmidt also attended the conference and hosted a charity auction that raised an incredible $45,000, including $12,000 for a single bottle of water.

ABN joined the Buy1Give1 movement in 2016 and began fostering connections between Buy1Give1 and ABN members, as well as directly donating a portion of each ABN membership fee. ABN’s own contributions to Buy1Give1 to date have made 231,504 impacts across four projects, including educating special needs children in Nepal and young indigenous Australians in remote regions.

Buy1Give1 was specifically created for small businesses. Co-founders Paul Dunn and Masami Sato explain how and why the idea came about in the video below. 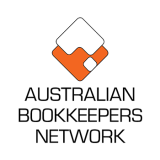